A Junior Entrepreneur at the Winter Regional Congress 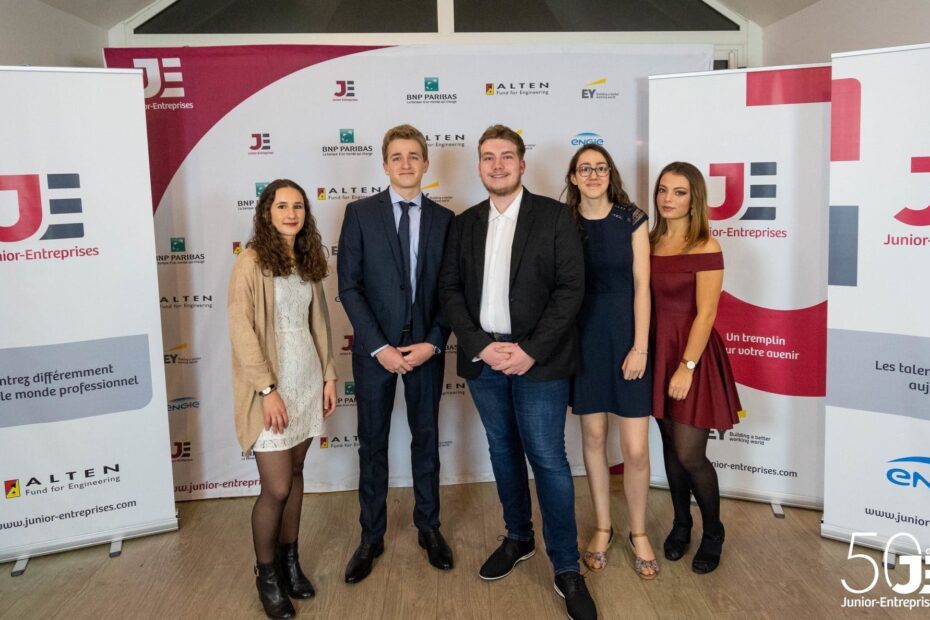 Today, instead of making you an article like the previous ones, we will change the formula a little. Indeed, in this article you are going to be in the shoes of a junior entrepreneur from start to finish. From the preparation, to the return through the stay on site.

Preparation for the National Winter Congress begins some time before departure, this type of trip requires a lot of preparation. Indeed, this year’s CNH was held in Seignosse, in the south-west of France. So we had to find our way of transport to get to our destination. After having braved the various problems due to transport, we had to organize ourselves for the trip to Seignosse. So we crossed France for more than 1,000 km!

Once the long journey was over, upon arrival, we were greeted by CNJE members to collect our badges and get the keys to our respective rooms for the entire Weekend.

The first evening was the Opening Ceremony, where the premium partners, Engie, Alten, EY and BNP Paribas as well as the business partner, Saint-Gobain, were able to present themselves. At the end of the ceremony, we were all invited to the dance party.

The next day, that is, Saturday, November 23, was held the General Assembly of Presidents in parallel with the first formations. The General Assembly of Treasurers took place in the early afternoon. The trainings enable Junior Entrepreneurs to acquire new skills in a wide range of fields such as treasury or business development.

To end this long day, in the evening we were all invited to participate in the Gala organized by the CNJE, followed by the award ceremony of the commitment, the best business approach, the best business development strategy, as well as the Alumni Award and the CSR Award.

The next day, the return

After a rough awakening, we returned the keys and stopped to see the Atlantic Ocean one last time to take some pictures.

We left in the early morning. The journey was long and tiring but that didn’t stop us from having a great time. We all returned home with great memories of this short stay.

It was the first National Congress of our mandate, and it was an incredible event from start to finish. We have absolutely no regrets about crossing France. We would therefore like to thank CNJE, its premium partners: BNP Paribas, Engie, EY, Alten; its business partner: Saint-Gobain as well as all Junior-Enterprises for all the courses offered. We would also like to thank Polytech Nancy, our school, without whom we could not afford to participate in this kind of event.

This website uses cookies to improve your experience while you navigate through the website. Out of these, the cookies that are categorized as necessary are stored on your browser as they are essential for the working of basic functionalities of the website. We also use third-party cookies that help us analyze and understand how you use this website. These cookies will be stored in your browser only with your consent. You also have the option to opt-out of these cookies. But opting out of some of these cookies may affect your browsing experience.
Necessary Always Enabled
Necessary cookies are absolutely essential for the website to function properly. This category only includes cookies that ensures basic functionalities and security features of the website. These cookies do not store any personal information.
Non-necessary
Any cookies that may not be particularly necessary for the website to function and is used specifically to collect user personal data via analytics, ads, other embedded contents are termed as non-necessary cookies. It is mandatory to procure user consent prior to running these cookies on your website.
SAVE & ACCEPT